This week is my 10 year wedding anniversary. Tin is the 10 year anniversary present. Sad not so clever title. Hey, I tried! Oddly enough this outfit didn’t start out as an anniversary outfit. The more I thought about making the shirt the more perfect it all seemed. Why?

Because the shirt is made from the wrap from my wedding dress. I never actually wore the wrap but an unused rectangle of fabric is a prime opportunity for a new sewing project. It deserves new life.

I chose the Colette Sorbetto pattern for my shirt. One because I love the pattern and two because there really isn’t much fabric in a wrap. The fabric is a really stiff satin. There’s not a lot of give to the fabric so I had to be sure to cut a size that would be easy to slide on and off. I did have an issue when I was cutting the fabric. The height of the rectangle wasn’t tall enough unless I wanted a belly shirt. I’m so not a belly shirt kind of girl. There was now a choice to be made. Do I add a band around the bottom or do I create a yoke? I was afraid how big of a border I would need on the bottom and I don’t recall ever creating a yoke so why not?

I measured from the shoulder down the front to where an appropriate place for a seam to be. High enough to land at the bottom of the straps but not right across the bust would be best. I ended up with four pieces instead of the typical two. I sewed my yoke pieces to the bottom pieces first. As I mentioned before, the fabric is very stiff so I topstitched the seam down to sit flat. I did this for both the front and back. I added the bust darts on the front and sewed the twos pieces together. 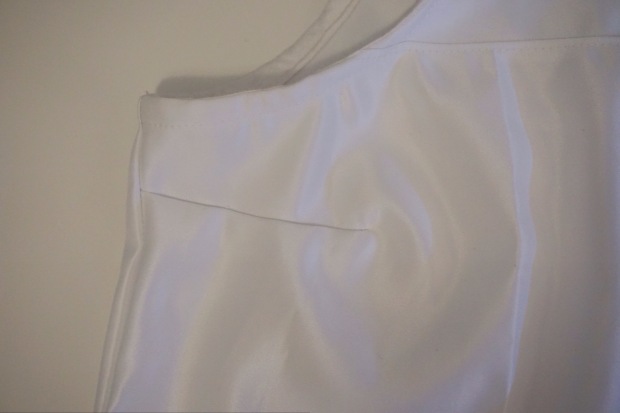 At this point I decided to try it on. It did not look good. There was a lot of twisting and shifting to get the shirt on and it fit fine but the bust darts and the seam from the yoke was too much.

I pulled out some of the bust darts and made it shorter. It was alright. I ripped out a bit more of it so the seams were on the side. Visually this helped so much!

I finished the shirt with self made bias on the neckline, arms and hem.  The shirt was a little long but it looked fine. I tried it on after finishing the skirt and I ended up cutting an additional 2″ off the bottom because it was smashing some of the skirt’s poof.

To go along with my shirt I needed a skirt. I bought several yards of a flamingo colored chiffon from SAS Fabrics. It was in a sale bin and I couldn’t help myself. I decided a skirt with an elastic waist band would be easy enough. I purchased an orange jersey to use as the lining.  I had plenty of wide elastic on hand. 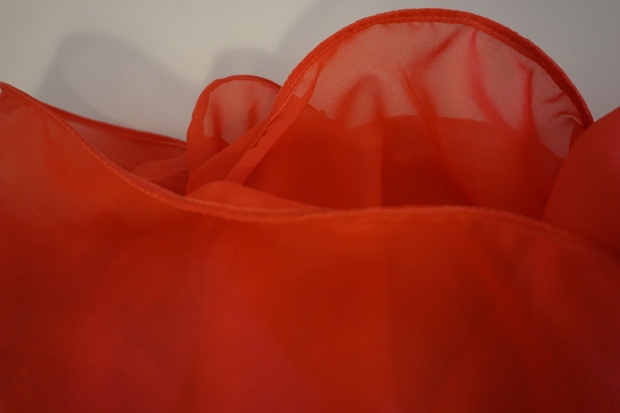 I cut the chiffon in half since the chiffon was so wide and I wanted a knee length skirt. I stitched the two pieces together to have a full skirt. I hemmed the bottom and fed fishing line through as I stiched. I had seen this done somewhere online to give fabric a curvy hem. 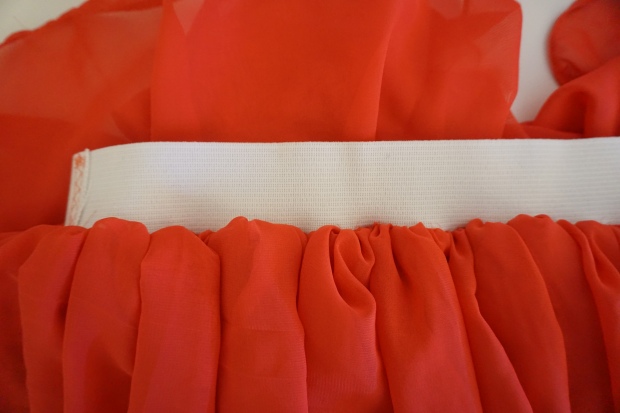 The hardest part is feeding the elastic, chiffon and jersey through the serger. To prep I gathered the chiffon and pinned my three layers together. Here’s the hard part. Not only having each layer caught in your stitches but also stretching as you sew.  It’s quite a slow process. 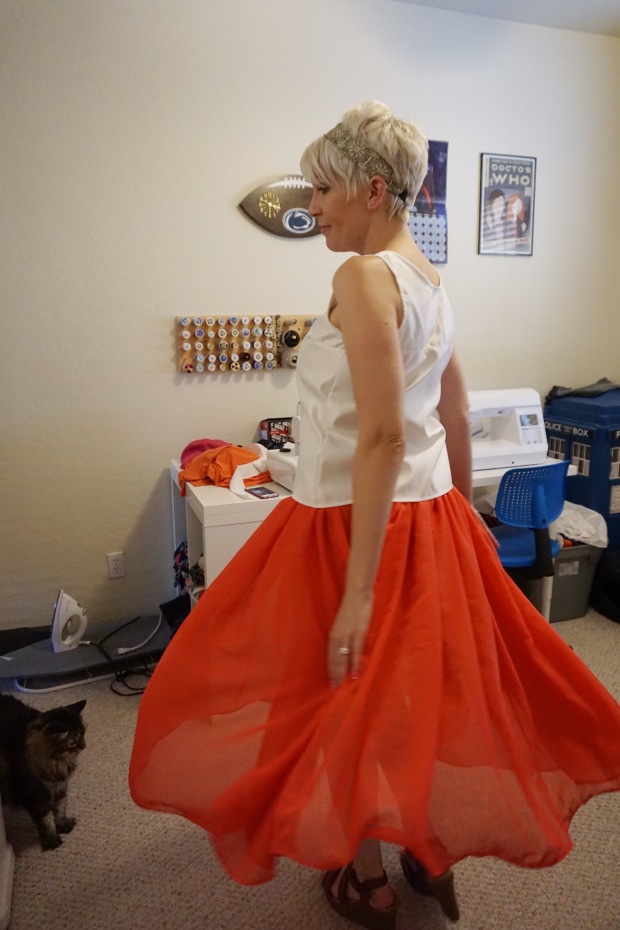 Once your done you have a great twirly, light skirt. Freckles is mesmerized. 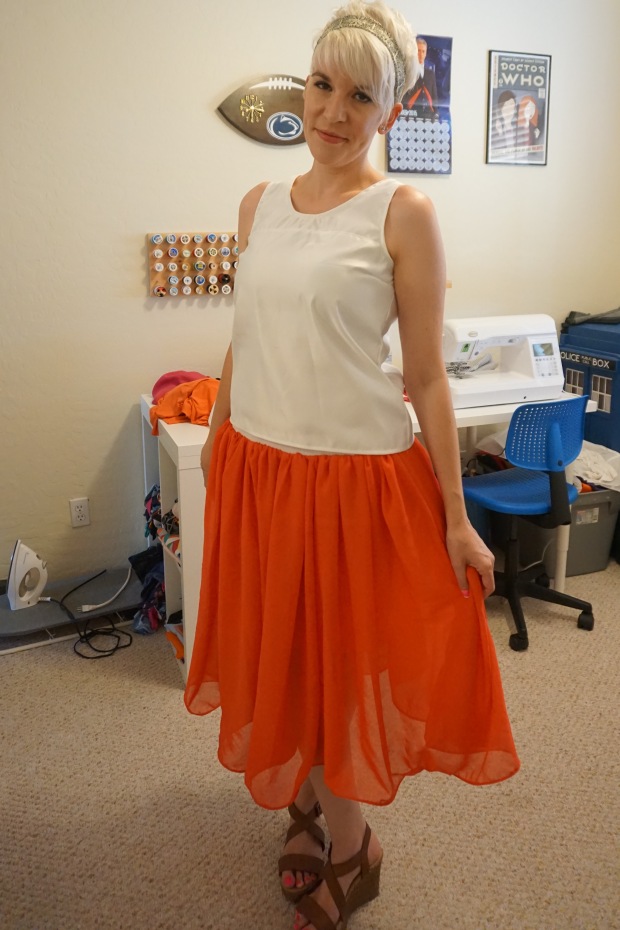 All together I have the perfect outfit to go out to dinner and celebrate 10 years with Hubby.

Sewing my way to Jamie-Made every day